The 1st International Spinal Cord Meeting is organized by Step by Step Foundation, a non-profit organization dedicated to innovative physical therapy for patients with spinal cord injuries in Barcelona. The Foundation’s principal objectives are the treatment of spinal cord injuries and research for a future cure. The recovery center at Step by Step is the first center in Europe to incorporate the methodology and equipment of the US based organization, Project Walk, a pioneer and leader in this innovative treatment with more than 10 years of experience. With the creation of a scientific committee, it is the Foundation’s wish to instill initiative and advancement towards a possible cure from spinal cord injuries.

On April 26-27, 2013, the Step by Step Foundation hosted the Second International Spinal Cord Meeting at the Fira Barcelona Convention Center in Hospitalet de Llobregat, Spain, highlighting some of the exciting research including clinical trials which show promise for treatments for this devastating dis- order. This Spinal Cord Meeting brought together clinicians, clinical scientists and molecular biologists from more than 10 countries to evaluate current knowledge on clinical, cellular, and biomolecular aspects of spinal cord injury. A major goal of the conference in advancing the translation of research data to the clinic was to promote multi-pronged approaches for therapy of this complex problem. 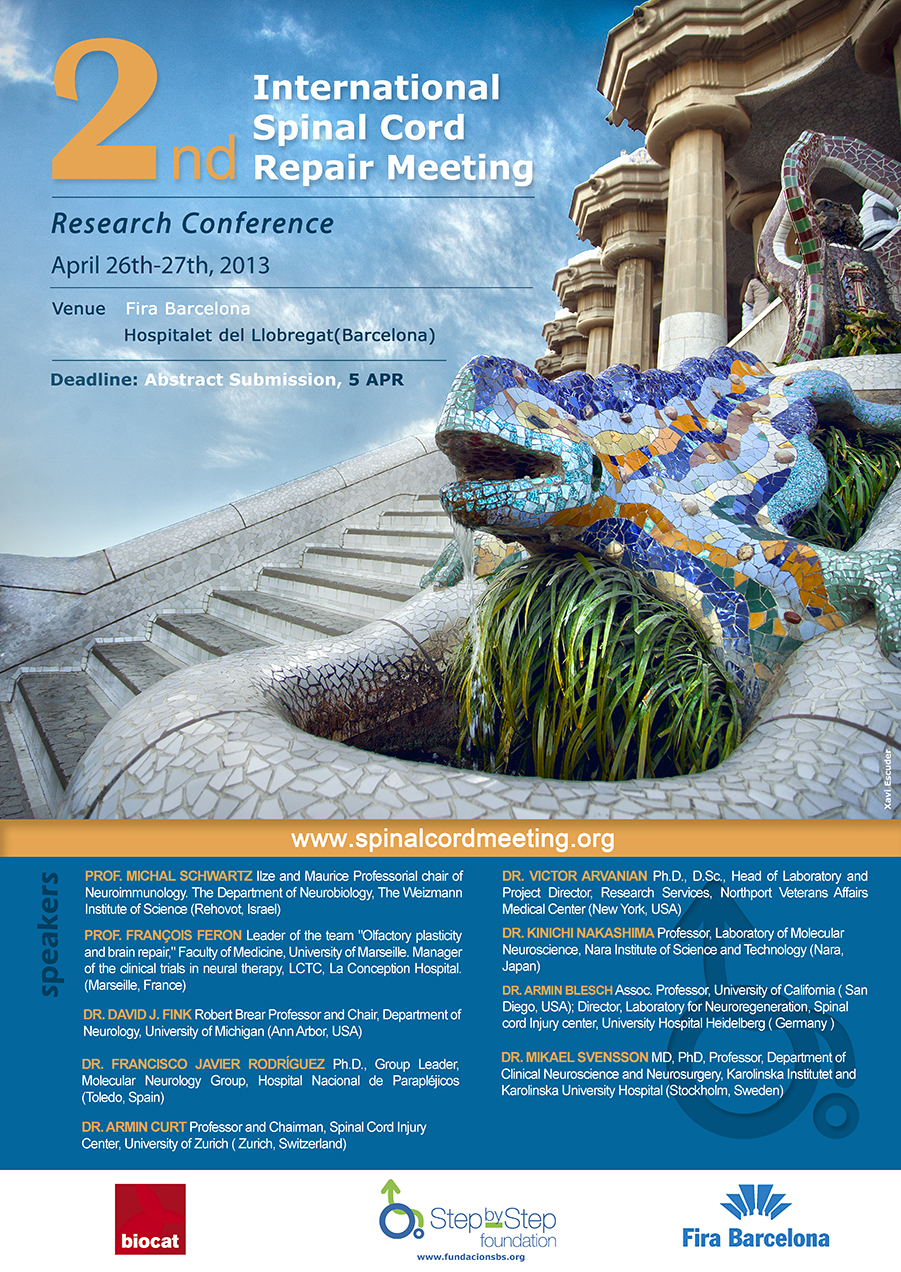